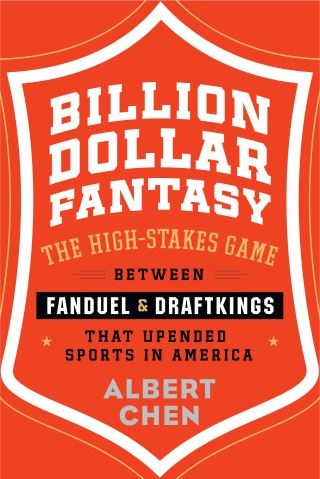 "We devoured [this] engrossing account of the battle for supremacy between three fantasy gaming sites. ... Chen flips the script with a character-driven narrative, exposing the people who fueled the industry (not necessarily the folks you’d expect) and what motivated them (not necessarily unadulterated greed). Gamers will find this book impossible to put down, as will anyone who loves a good origin story."—Apple Books, Best of the Month selection

You've seen the commercials. Here is the untold story behind the clash of billion dollar companies that unleashed an unprecedented advertising war.

Albert Chen:
Albert Chen is a Senior Editor at Sports Illustrated, where he has authored over a dozen cover stories for the magazine and specializes in longform features. He has covered baseball, football, sports business, and gambling. He has also written for Fortune, among other publications, and been featured on CNN, NPR, MLB Network, and ESPN Radio. He has a bachelor’s degree from Yale University and lives in New York City with his wife and son.